Who Needs a Big Idea? 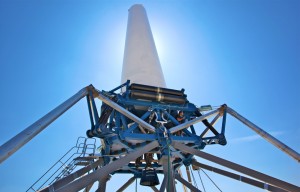 Our culture is all about the big idea. Bigger can only equal better. And while I don’t understand the drive for intergalactic travel, I still imagine Elon Musk is going to change the world by sending civilians into space with SpaceX. It’s a huge idea. Breaking into outer space with rich people, not astronauts.

But, that’s not for me. My big idea is to hang out with my family, ride my bike a ton, be healthy and happy and spend a lot of time on a patio with a drink in my hand and a friend at my side. That’s my big idea.

They take work, don’t get me wrong. But my types of ideas don’t require the level of commitment that would cause me to miss seeing my friends when they come into town, or to miss out on a good snow day on the mountain just because it’s a Tuesday and my VCs expect me to be in the office. My tiny ideas allow me to be flexible in when, and how, and with whom, I work.

Which, honestly, is huge. (see what I did there?)

So, the next time you get this crazy idea, and it’s massive and you’re gonna change the world. Just consider for a moment: What if it’s totally successful? What would that mean? How much would I have to work if I had $20 million in VC funding, and 60 employees counting on me to make this company into the next big thing? That scares the shit out of me.

And, to be honest. Paleo Plan is a good company. It helps people change their lives. We have hundreds of remarkable testimonials that prove that. And I get to pay all my bills, on time, and have enough left over to save. And my wife doesn’t have to work so she can help raise our child. Again, that’s huge.

This is just my tiny rant. Sometimes, it’s ok to think small. To not take VC money. To have an idea so boring, TechCrunch will never write it up, and you won’t be featured in the local newspaper. Don’t be confused though. You may just have won the lottery with your tiny idea, and not having anyone know means you don’t have to give money to your weird uncle who read about it in the paper

Being tiny is awesome.

I Want to Come!