Free Ticket to TSC for your Best Boss Story 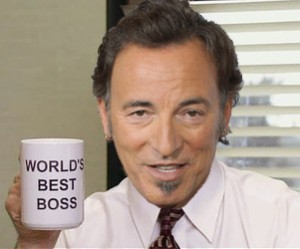 So, part of the allure of creating and running your own company/startup, is being your own boss. I’ve been my own boss on and off again for over 5 years, and non-stop for over a year and a half. It’s great. But whether you are your own boss now, hoping to be someday, or are starting next week at Tiny Startup Camp, we all have fantastic boss stories.

We want to hear them. And in our eternal gratitude, we’ll be offering up a free ticket to TSC for the best story. Hell, maybe even two tickets if the stories are good enough.

So, let us know in the comments you favorite boss story. They can be nice stories, terrible stories, stories of you quitting, stories of you pranking your boss, or stories of the words that came out of your boss’s mouth that made yours drop open. Enter as many times as you have stories.

Here’s one of mine.

One of my first professional jobs was working at a small car magazine. And over the course of the years, we’d taken and collected thousands of photos of amazing, old, classic cars. From photos of a 1964 Aston Martin DB5 to thousands of Corvettes, Ferraris of all years, and cars I’d never heard of that only had 2 in existence. The owner of the company loved this amazing database of images, and wanted a rotating display of all the images on a TV in the office. Now, keep in mind this was before LCD TVs, and so we had a big old 30-some inch CRT TV with a crappy VGA to RCA connector pushed from an old XP desktop publishing and rotating the images at all times in the office. It was cool, but not high def.

One of the problems with the database was that it was anything but organized. Hundreds of nested subfolders sorted by date, but not by the car type or make or model. So, we just used a image screen saver pointed at the top-level folder and told it to show random images. Which it did.

Now, when I left the company things weren’t at their absolute best between me and the boss. Nothing terrible, but we both acknowledged it was time for me to move on. It just so happened he wasn’t in the office on my official last day, so I did what any guy would do on his last day; saying goodbye to friends, and generally not working but packing up slowly… and I bought a six-pack of PBR.

After a few of said PBRs, I decided it would be fun to take a picture of me in every person’s desk, feigning that I was working hard at their computer/office, and taking a big swig of PBR in the process. 20 pictures later, I completed my tour of drinking.

Now, the fun part. I masked each of the photos’ names to match the naming convention used in our database, and went about littering the 50,000+ image database with my photos of me drinking beer in the office. I placed them all over and into the nested of nested sub-folders. I knew that these photos would never be found (keep in mind, at the time in this company, if something had a power cord, it was my job to fix it. Nobody there would ever have thought to do a search of the files sorted by date to find all my pictures… I just knew that was never going to happen).

SO, even now, years later, that database of images rotates through on a much nicer HDTV in their current office, and every once in a while, more often than you’d think, a picture of me on my last day, drinking a PBR and sitting in the boss’s chair pops up between Bentleys and Alpha Romeos, to remind him, you can fire me, but you can’t forget me 😉

I Want to Come!